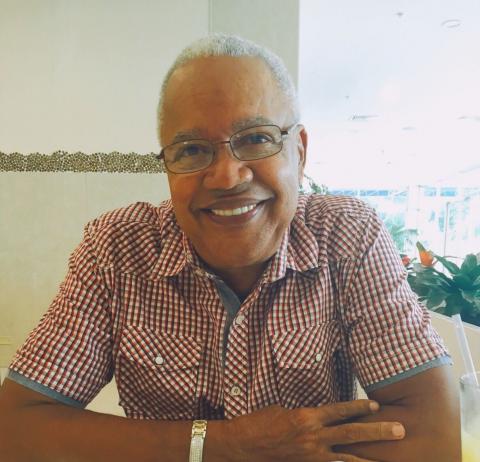 Virtual reality (VR) and augmented reality (AR) are two technologies that are drastically changing the approach to healthcare management and delivery. These technologies were adopted from other sectors and have been successfully applied to hospital management, diagnosis, treatment and care across several health disciplines.

Most people are familiar with virtual reality and augmented reality as it relates to gaming (Pokemon Go arguably put the use of augmented reality in gaming in the spotlight and VR headsets have become more and more popular in the last few years). Virtual reality is where a person, or group of persons, can be transported into a three-dimensional interactive environment, usually via a headset. It is not surprising that with the growth of this technology and of health technology that virtual reality has been co-opted into the healthcare industry to enhance treatment and care.

Fortune Business Insights, in their report titled ‘Virtual Reality in Healthcare Market’, indicated that “the global virtual reality in healthcare market size stood at USD$1.56 billion in 2018 and is expected to reach US$30.40 billion by 2026, exhibiting a compound annual growth rate (CAGR) of 42.4 per cent”.

Virtual reality is generally used in tandem with augmented reality in the healthcare environment. Though similar in terms of the type of technology, augmented reality differs in that, while virtual reality offers a 3D visual representation of a process or event allowing the user complete immersion, locking out the real world, augmented reality is a digital overlay of what is real; in essence, AR adds to what can be seen and allows the user to interact with it while still in the real world. It does not just create a separate ‘world’, so to speak, as VR does.

There are several applications of AR and VR in healthcare across multiple fields. VR and AR are being used in medical training, for example. Surgeons can teach students without having to put actual patients at risk. They also allow surgeons to practise and improve their skills via simulation in a safe environment.

VR simulations are also being used to understand certain illnesses from the point of view of the patient. Embodied Labs, located in Los Angeles, California, developed an immersive training VR platform that was used by Rush University medical student-researcher, Emily Phelps, to study how “embodying a person with Alzheimer’s can drastically enhance person-centred care”. (Sources: Globenewswire.com and embodiedlabs.com). The idea here is for the caregiver to have a full understanding of the experience of the patient by putting themselves in their shoes, so to speak. It was found that care delivery was successfully enhanced.

A company called VR Health in Massachusetts has created an AR/VR application for rehabilitation. Activities in the app are designed to facilitate muscle training and improve range of movement. The company has also developed similar apps to focus on pain relief and cognitive behaviour therapy.

SyncThink, out of Palo Alto, California, uses VR goggles with eye-tracking abilities called Eye-Sync, to test for vision impairment. This has been used as an early testing and diagnosis tool for persons who have had a concussion (builtin.com) as well as determine the effect of sleep deprivation on vision.

AR and VR can also have application in electronic medical records. If a physician, for example, can use an avatar of a patient to keep track of illnesses, pain, X-rays and other diagnostic exams in various parts of the body, it can give a clearer picture of that patient’s overall health and accelerate the way in which a doctor can make important linkages. This could all be done in real time within the electronic health record.