Health + Tech | Technology and its impact on sleep 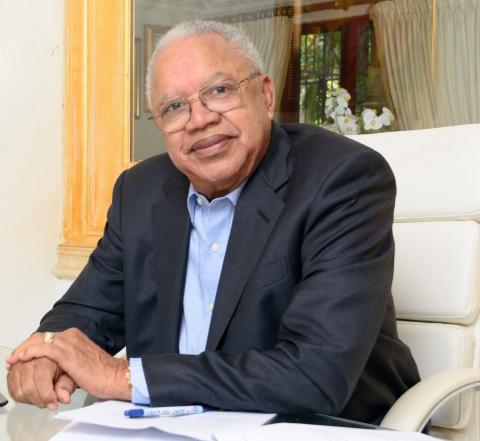 We’ve always heard about how important it is to have a good night’s sleep to allow the body, especially our brain, to rest. Sleep has a lot to do with how healthy we are.

According to the World Health Organization (WHO), “Good quality sleep is essential for good health and well-being. However, lifestyle and environmental factors are increasingly causing difficulties in sleeping. Sleep disturbance is frequently considered the most serious consequence of environmental noise.

The WHO categorises sleep as a basic human need and further states that it is essential for “good health, good quality of life and performing well during the day”.

To promote optimal health and well-being, the American Academy of Sleep Medicine and Sleep Research Society recommend that adults should sleep for at least seven hours per night regularly.

There are several effects and risks associated with not getting the required amount of sleep each night. These include fatigue, cognitive impairment, performance deterioration, diminished mental and physical state. It also causes an increased likelihood of the development of illnesses such as depression, heart disease, diabetes, hypertension and obesity. The immune system is also impaired, making us more susceptible to diseases and infections.

Technology has a twofold effect on sleep. First, it can be the reason for a lack of sleep. According to sleep.org, there are three primary ways in which gadgets affect sleep. Firstly, the blue light from a cell phone, for example, suppresses a person’s melatonin – a hormone associated with regulating sleep and is sometimes used to treat insomnia. Secondly, the use of these gadgets at bedtime keeps your mind alert and can trick your brain into thinking that you should remain awake. And thirdly, alerts and other noises from your devices can disturb your sleep.

Still, there is the positive side of technology where sleep is concerned. In recent years, as part of the wellness revolution, devices have been created to monitor and improve sleep as well as one’s general circadian rhythm – the natural internal process that regulates the sleep cycle. Sleep sensors have been used for simply monitoring hours of sleep achieved each night to checking on patients who may have more serious illnesses such as sleep apnoea and neurological conditions. Many of these are a part of remote care devices, which can be integrated into electronic medical records (EMR) to allow a medical practitioner to have a more holistic view of a person’s health and well-being.

There are several types and categories of sensors that have been developed as part of studying and correcting sleep difficulties. Among them are:

• Bed sensors: These are mostly used to monitor pneumatic or breathing activities during sleep. For persons with sleep apnoea, for example, the airway is generally intermittently blocked during sleep. Sleep apnoea can result in death and so these types of devices are especially important as they monitor several aspects of sleep, including how a person moves in bed, to determine when breathing is most affected.

• Electroencephalogram (EEG) monitors: While these types of monitors are not centrally used to aid in sleep or control it, they are used during sleep to detect electrical activity in the brain. EEG is largely used to detect abnormalities in the brain and diagnose neural conditions such as epilepsy or seizures. In recent times, companies have developed wireless varieties, which are much easier to use.

• Smart devices: Smart watches and fitness trackers have widely been used to monitor sleep and can easily be done by the individual, with records transferable most times to an EMR or saved for analysis by a health practitioner. Smartphones have also been used to do this via their microphones, for example. In addition, there are several apps available that can easily be downloaded for this purpose.

There are other types of sensors that are used to monitor sleep such as ultrasound devices and Wi-Fi and radio signal-based devices used to monitor insomnia and breathing patterns. However, the ones discussed above are more common and have or are being made in direct to consumer devices. The technology in this area is progressing as the importance of sleep to health is more widely recognised.